Overcapacity remains the main challenge, as the rebalancing of the economy from investment and export-driven growth towards private consumption continues. 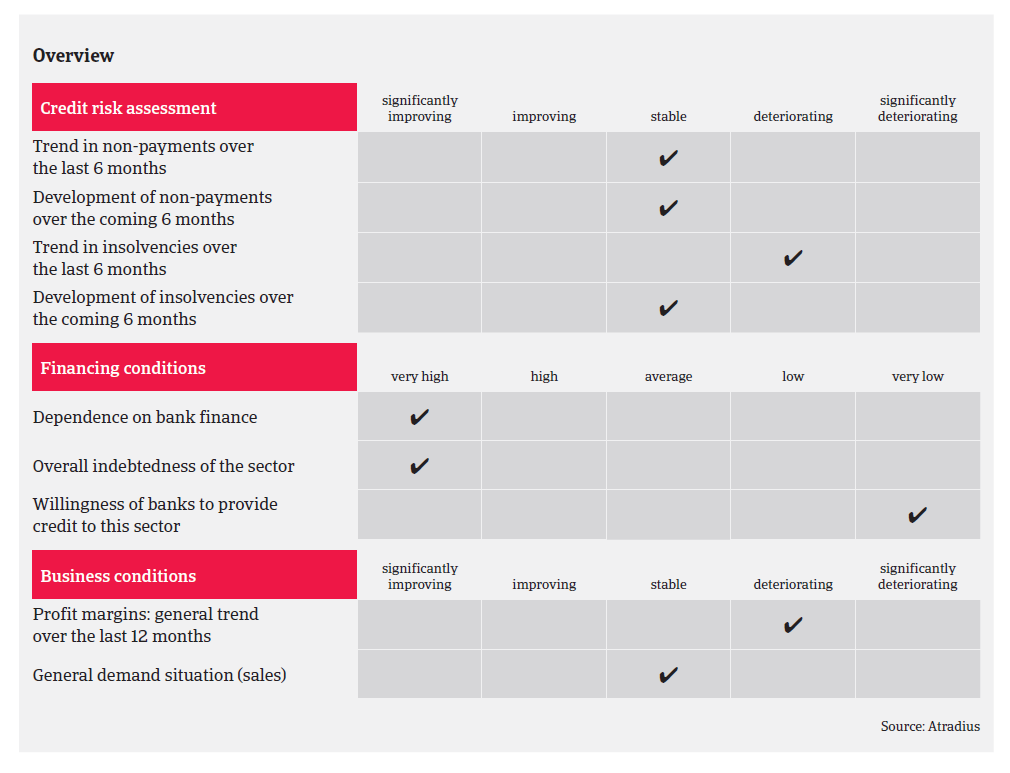 In the Chinese steel and metals industry overcapacity remains the main challenge, as the rebalancing of the Chinese economy from investment and export-oriented driven growth towards private consumption continues. China’s government has repeatedly said that it will reduce steel overproduction and consolidate the industry. However, success has been rather limited so far as regional governments have a strong incentive to support local production where possible to maintain employment and prestige. A comprehensive consolidation of the sector still has a long way to go.

According to the World Steel Association, Chinese steel production continued to grow in 2016, by 1.2% year-on-year, to 808 million tons. This was followed by an increase of 5.6% between January and August 2017. In 2016 continued fiscal support drove domestic demand for industrial steel and metals, especially through public-private partnerships in public infrastructure construction (airports, water, railway, power, roads and bridges). However, the rebound has been short-lived: according to the World Steel Association, domestic steel demand will remain flat in 2017 and decrease 2% in 2018. At the same time, Chinese steel exports decreased 18% in H2 of 2016 and 25% in H1 of 2017, as many countries have imposed duties on Chinese steel imports. 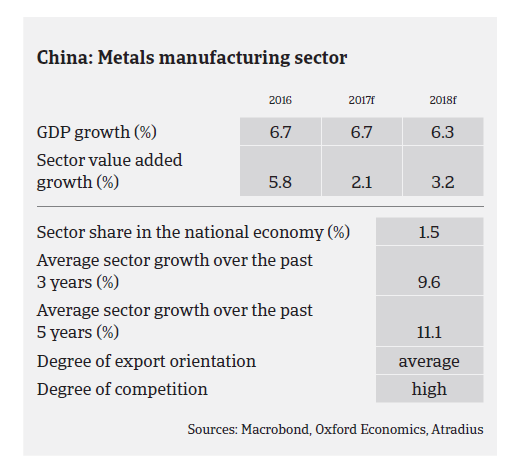 The profit margin situation of many Chinese steel and metals businesses remains rather bad, as the average operating margin amounts to just about 2.7% - a very low level compared to all other industrial sectors - while the majority of steel producers registered losses. For both steel manufacturers and steel traders, bank financing is the major source of funding, however, banks remain very unwilling to provide loans. High leverage has been an outstanding issue over the last couple of years, together with shadow banking, while many steel companies have repeatedly pledged the same collateral for loans from several different banks, thus multiplying the risk. The intertwined nature of loan guarantees in China's steel sector implies that credit default by a single company could trigger a chain reaction across a string of other firms which are often guarantors of debts for their bankrupt competitors. For all those reasons, there is a high potential systemic risk for banks, which has forced them to cut loans. 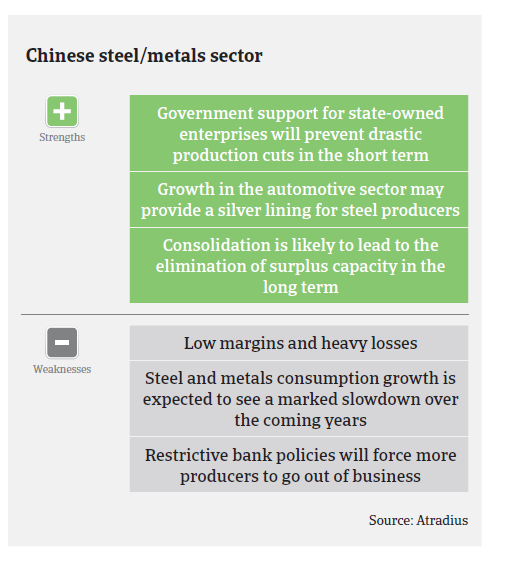 Given the poor credit risk situation in the industry, our underwriting stance remains very restrictive, with cover strictly limited to businesses with strong financial profile or background.

The Chinese chemicals industry has entered a phase of lower but still solid growth, with chemicals demand growth rates still above global average.

As more and more carmakers rush to enter into the electric and hybrid car segment, annual capacity in China is about to exceed 7 million units by 2020.