Worries over the impact of adverse external factors like US import tariffs and the Brexit decision on Polish export and investment growth remain. 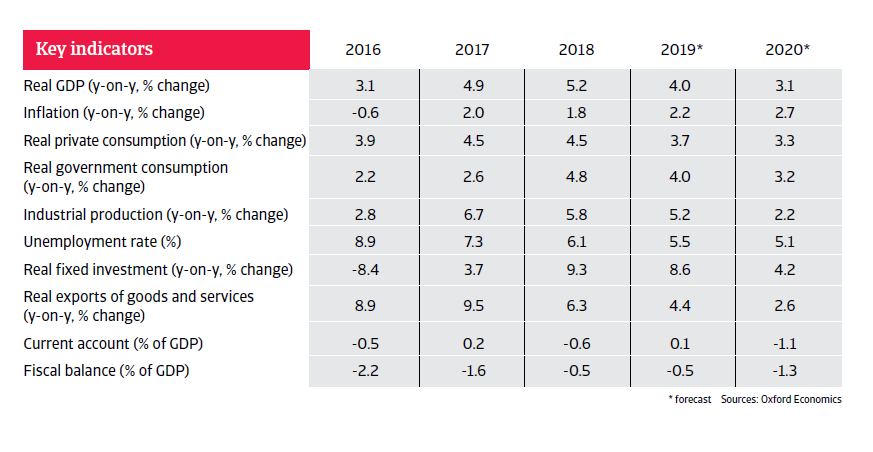 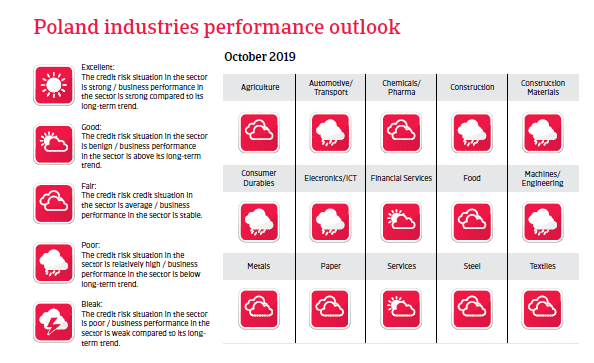 The administration has launched some controversial initiatives

Immediately after its inauguration in 2015 the national–conservative Law and Justice (PiS) administration launched some controversial policy initiatives, such as seizing direct control of the state broadcasting channels and the security services, and purging the heads of state-owned companies. The attempts to curb the independence of the judiciary by imposing political control over courts and the appointment of judges is a major issue.

This has triggered mass demonstrations in Poland itself, while the European Commission has repeatedly warned the Polish government that such moves pose a systemic risk to the rule of law and violate EU statutes. Parliamentary elections are due October 13th, 2019.

Polish GDP growth is expected to remain buoyant in 2019, mainly due to robust consumer demand and investments. In 2020 the economic expansion is forecast to slow down somewhat, but still to remain solid (at about 3%).  While investment and export growth are forecast to decrease, private consumption growth should remain robust - underpinned by increasing employment, rising wages and social transfers (e.g. a child benefit programme).

Following deflation in 2015 and 2016, consumer prices started to grow again in 2017, fueled by wage increases. Inflation is forecast to increase above 2% in 2019 and 2020. Monetary policy has been accommodative so far, and the Central Bank has kept the benchmark interest rate a record low of 1.5% since H2 of 2015.

Public debt is moderate around 50% of GDP. The government’s fiscal deficit has decreased since 2017 due to higher tax revenues and better tax collection. However, public spending has increased again because of a lowering of the retirement age, continued social spending and public investment ahead of the October 2019 elections.

Due to the further tightening labour market, shortage of workers is increasingly becoming an issue, especially in the manufacturing sector. Shortage of labour could weigh heavily on potential economic growth, which is exacerbated by the early retirement of a higher share of the workforce due to the lowering of the retirement age.

At the same time concerns over adverse economic and domestic policies by the Polish government remain. Additionally there are worries over the impact of external factors like US import tariffs and the Brexit decision on Polish export and investment growth.

In Central Europe, Poland's economy looks most vulnerable to the financial and economic fallout of the United Kingdom's vote to leave the EU. Annual remittances from Poles living abroad amount to about EUR 4 billion, a large share of it from the UK. In the longer term, the United Kingdom’s departure from the EU could impact EU structural funds, which play a major role in Poland´s economic progress. The UK is also Poland´s second largest export destination after Germany. 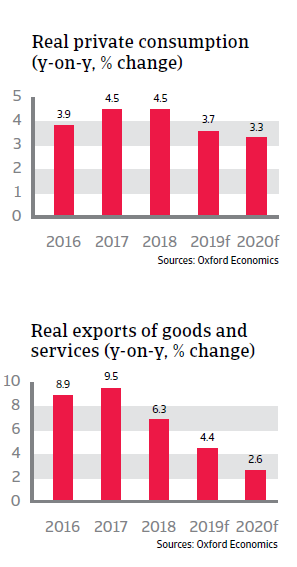 Insolvencies are expected to increase by about 3% in the coming 12 months, mainly affecting car dealers, car part distributors and Tier 2 suppliers.

Trade successfully with Poland helps businesses seeking to break into the Polish market and sets out ten simple rules that can make trading relationships with Poland lasting and successful.